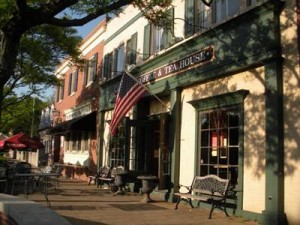 The area was first settled in 1802 buy a group of settlers who formed the Scioto Company with James Kilbourne as president of the group. In 1803, the Scioto Company voted to name the village after Thomas Worthington, one of Ohio’s first two senators. St. John’s Episcopal Church, also founded in 1803 and located on the Village Green, is the oldest historical structure in Worthington. Worthington also has one of Central Ohio’s largest Farm Markets during each year’s growing season.

A prominent music store in Worthington is Music & Arts, located at 159 Graceland Boulevard, Worthington, OH 43214 614-880-1000. You will find that, throughout Central Ohio, Music & Arts has identified with many local music stores.

Bill Golden, Piano Tuner, is an aural tuner (as in, tunes by ear) offering piano tuning services throughout Worthington, Ohio and other Central Ohio areas. Bill has been a piano tuner for more than 30 years, learning the trade from his piano tuner uncle, Nolen B. Golden, Dayton, Ohio way back in 1979. Bill is also a former associate member of the Piano Technicians Guild, Columbus chapter.